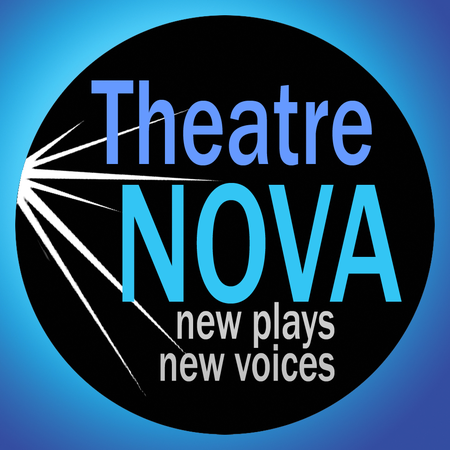 Home
About
Get There
Tickets

By Theatre Nova (other events)

Theatre NOVA presented a new short play (20-40 minutes long) on the last Wednesday of each month, January through April, 2021.

Included in your Series Pass:

WHATCHA DOIN? by Jacquelyn Priskorn   In Whatcha Doin?, a film student interviews a former child star turned voice over actor for a documentary project. Thrilled to witness Marnie's work-from-home recording studio in action, Raven is surprised to learn about the difficulties Marnie had while portraying the goofy, unattractive kid on a TV series, but even more so, Raven is curious about why Marnie is now unable to leave her home. Directed by Theatre NOVA Producing Artistic Director, Diane Hill. Featuring Kate Stark and Megan Wesner.

MORTAL FOOLS by Catherine Zudak          Captain Michaels, an intelligence officer stationed in Afghanistan, has to determine whether or not an Army Major committed treason for the love of a beautiful war correspondent, Lailah. The case appears open and shut, but Michaels has his doubts. He calls on a civilian contractor, his ex-wife, to help him uncover the truth. But, can his ex convince him the reporter is blameless as well? Or will Michaels have to terminate Lailah's life? Directed by Theatre NOVA Founding Artistic Director. Cast: Alysia Kolascz, Patrick Loos, Bryan Lark and Shelby Seeley.

THE W.I.T.C.H. by Morgan Breon         THE W.I.T.C.H. shows the joys, pains, and struggles of Ms. Morgan, a newly hired Behavior Specialist at a Detroit public high school. When hope begins to crack open her students’ hearts and minds, Ms. Morgan’s office might just be the most dangerous room in the entire school. Directed by Theatre NOVA Producing Artistic Director, Diane Hill. Featuring Morgan Breon in a tour de force role as she portrays an array of characters in the public school setting including a behavior specialist, students, teachers and administrators.  *THE W.I.T.C.H. stands for Wound Intervention Through Care and Healing

$30 per person for a Series Pass (Buy Three-Get One Free) admits ticket holders to all four new plays.  Purchasing a SERIES PASS will give you the opportunity to view all four plays when it's convenient for you, but only through May 31, 2021. Once you have purchased, you will receive separate links for each play for your personal viewing. For more information, please email [email protected] All proceeds benefit Theatre NOVA’s ongoing efforts to stay alive through the pandemic.

other events by this organization